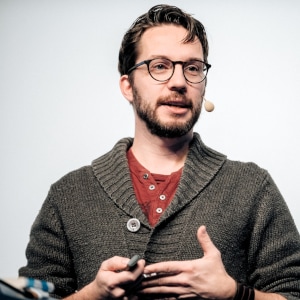 Trainer, speaker and above all open source developer. Currently hacking at Facebook on Flipper. Author of MobX, MobX-State-Tree, Immer and a plethora of smaller packages. On a quest to make programming as natural as possible. React, JavaScript and TypeScript fan. 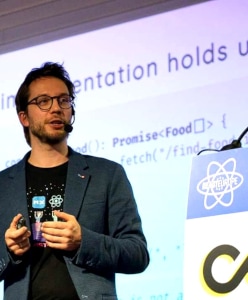 michel.codes is the personal company of Michel Weststrate, which has two goals:

1. Provide professional services such as speaking at conferences, giving workshops and providing micro-consultancy.

Feel free to reach out!

Some of Michel's sophisticated libraries are used by the largest companies in the world, such as AWS, Microsoft, SAP, Lyft and DICE. The funds needed to maintain and evolve these projects are coming from sponsorships through the MobX open collective and profits of michel.codes.

A lot of Michel's learning material is available for free, so make sure to check out the blogs and talks section. Beyond that, Michel recorded two full egghead.io tutorials which can be watched for free! 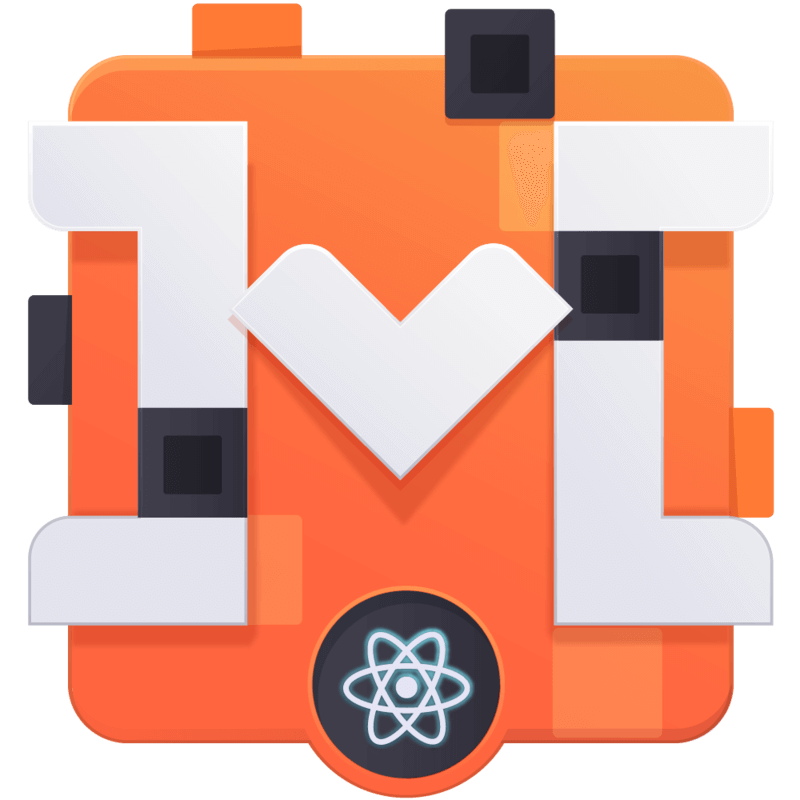 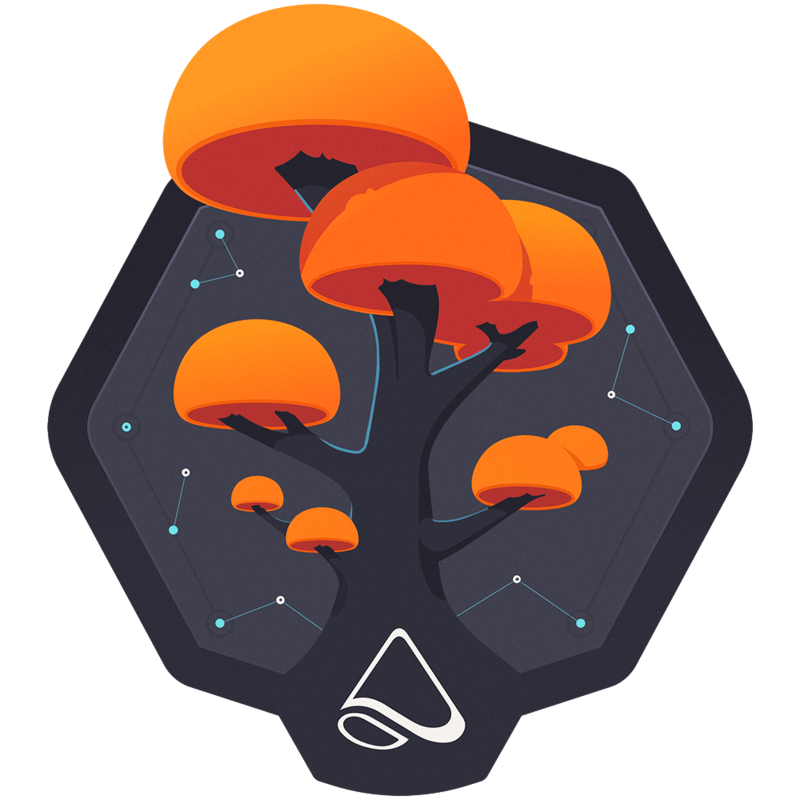 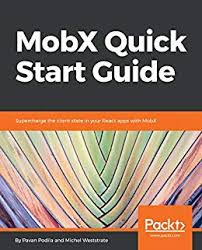 ...or, check out the MobX book if you want a deep dive into MobX and Mobx-state-tree! 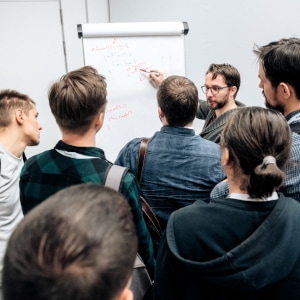 Michel has been full-stack developer for over a decade, touching code bases in Delphi, C#, Java, JavaScript and TypeScript. As one of the first employees of the start-up Mendix, he has worked in many different roles, in many different teams and on many different stacks. Until its recent acquisition by Siemens. Beyond that, Michel is well known in the open source communities of React, TypeScript and JavaScript. As speaker, blogger, trainer, but foremost maintainer. His packages are downloaded several million times a month.

Michel is brillant, humble, kind, thoughtful and an absolute pleasure to work with. During our 80 hour micro consulting engagement, we've all learned so much from him. Michel is able to quickly understand business problems and how they present in code. Michel has an amazing knack for improving the developer experience. He can envision patterns and clean interfaces early. In short, Michel is a fantastic person and I am lucky to have been able to work alongside him. 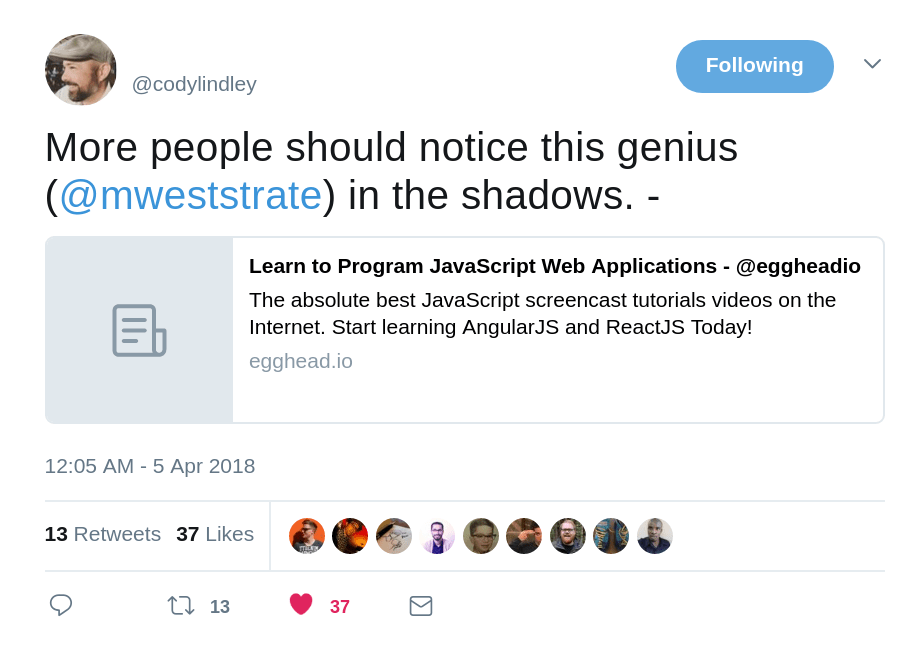 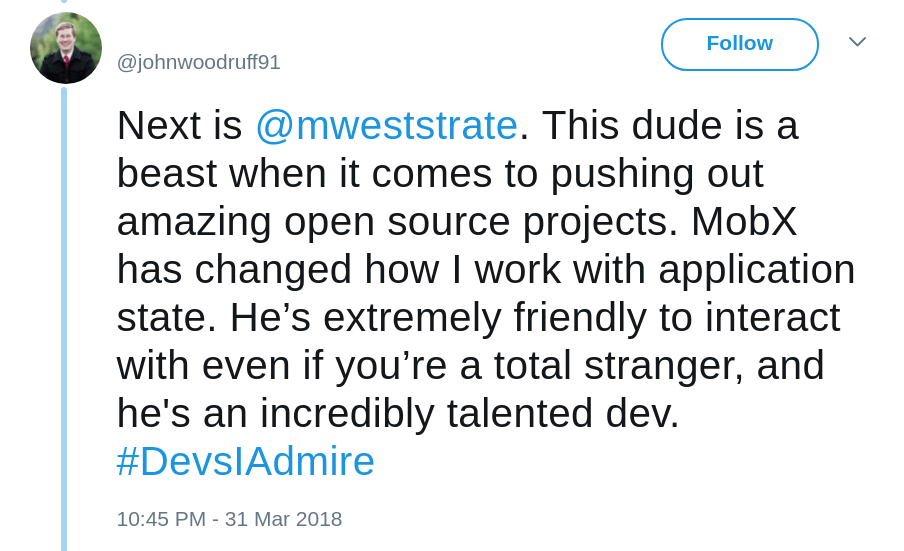 Want to be come a sponsor? Consider supporting MobX and related projects through open collective.

The following companies are already sponsoring with donations of $100 of more to make sure the above projects are maintained and evolved!